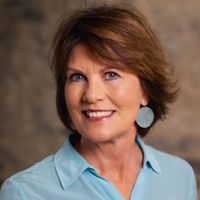 South was elected to the South Carolina IABC Board in 2014, attended the IABC National Leadership Institute, and served as president in 2018. She served as a chapter liaison for IABC’s Southern Region in 2021 and was elected in 2022 to the regional board as vice president of chapter services. South is president of the Alison South Marketing Group with offices in South Carolina, Georgia, Tennessee and South Florida. The full-service agency has won international, regional and statewide awards for its work. As a graduate of the University of Missouri School of Journalism, South was a reporter, editor and photographer at the Columbia Missourian newspaper and later assumed an editorial position at Bobbin International, publisher of the textile industry’s management magazine, published in English and Spanish. She went on to become the assistant director of media relations and spokesperson for the University of South Carolina.

After finishing her master’s degree in public administration at USC, specializing in health care, South became the director of public relations and marketing for Columbia’s Richland Memorial Hospital, now Prisma. Her healthcare career continued with similar positions at Greenville Hospital System, Duke Medical Center and University of North Carolina Hospitals. With the drive of an entrepreneur, South later co-founded a statewide radio network followed by establishing an advertising agency. During her career, she has served on several community and professional boards, including as past president of Media Women of SC, and has been a speaker for the Augusta and Aiken Chambers of Commerce.