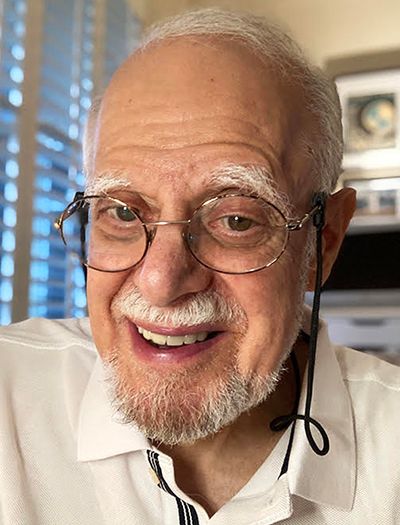 Phil Douglis was born in Chicago where he graduated from Highland Park High School and went to the University of Michigan to earn a journalism degree. He spent the early years of his journalism career in New York City working on corporate publications at CIT Financial Corporation and Equitable Life. Then, Douglis moved to Philadelphia to manage communications at Smith, Kline, and French Labs, and later at The Franklin Mint.

Douglis began his IABC journey in 1960 with the New York City chapter of the International Council of Industrial Editors (ICIE), a predecessor of IABC. He founded the IABC Philadelphia chapter in 1967. In 1972, he was in the first group accredited by IABC, and Douglis was named an IABC Fellow in 1981.

He wrote a column on corporate photojournalism for ICIE Reporting Magazine, which became IABC News and later IABC’s Communication World magazine. That column lasted for a half-century: 1964 to 2015.

He said that IABC played a decisive role in his transition from a working communicator to a columnist, a workshop director, and leader, and ultimately an effective teacher. IABC gave Douglis an international forum to express his thoughts on how photographic images can work as an expressive form of organizational communication. He retired in 2008 and currently lives in Phoenix.

Phil is a member of IABC Phoenix. Connect with him on LinkedIn.