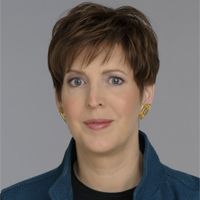 Melinda Guravich (IABC Dallas), owner of End2End Branding, helps B2B companies put more cowbell in their brands with visibility strategies the entire team can get behind and activate. Her career has included creating global communications infrastructure and processes to support marketing teams in 36 countries. She’s built marketing and communications departments from scratch, twice, for a social impact technology company and for the oldest community foundation in Texas.

Melinda graduated from The University of Texas at Austin with bachelor’s degrees in international business and Spanish. She earned a master’s degree in international management from the Thunderbird School of Global Management in Glendale, Arizona. She first joined IABC in 2005 and served on the IABC Dallas board for six years, including as programs director and president. She’s received four Dallas Quill Awards and the chapter’s Communicator of the Year Award.